With Gabi and Rafe happily married, it’s Evan and Alex’s turn now! Evan, madly in love with Alex, told me he wanted to propose. I suggested the amusement park, and he popped the question inside the Ferris wheel.

Alex could hardly contain her excitement. 🙂

And neither could Evan. Nice of him to dress up for the occasion, right? 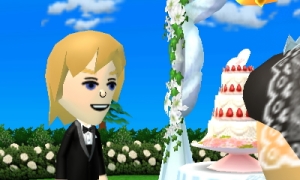 For their honeymoon, they went on a safari! And, yes, he’s STILL wearing that sombrero. 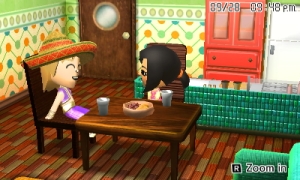 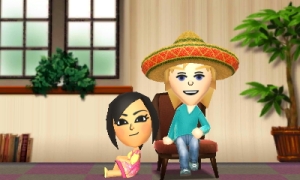 ??? Are we talking about EVAN?

No, seriously. Evan is a SLOB. He doesn’t even know what the word “chores” means!

Aww. Well, as long as you guys are happy!

And yes, other Silver Moon Saga characters have started to move in.

Nina is all about the pink.

Phil has a workout themed apartment!

And Kain enjoys staring at himself in the mirror.

Posing for a picture. Of course Gabi is in the center!

That’s it for Part Three! Here’s what you have to look forward to in Part Four… 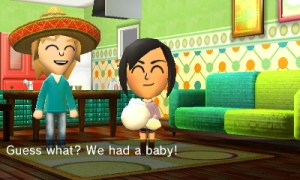